A little late on updates for the installer builds, but I haven’t really forgotten about it.

So what did I bring to the table in terms of the Installer Build Update?

Well not much. No really, not much was done to the installer update packages. But… If you’re wondering what was changed this is the change log.

Well thats hard to say due to NextGen Launcher being developed, it serves both as a launcher and game installer. As of writing this, there is no confirmation of Interface_v4 of being in active development apart from the NextGen Launcher.

Now you might be wondering; What is the NextGen Launcher?

It’s a new launcher rewritten to address the Out of Memory Issue that some users are experiencing. As of February 19, 2020 the launcher only in development phase with only WorldUnited being the only server to login to.

Will I (DavidCarbon) create an installer version for this NextGen Launcher?

Probably not. With good reasons, however. The first thing would be that the NextGen launcher already has a built in installer for both the game launcher and the game files. There won’t be a need for a installer build for another installer build.

So do you support it?

Heck yea. There is alot of potential to the current installer for the NextGen Launcher. While there are a few minor issues with it right now, but can be easily fixed once the developer to finished completing the source code for the Soapbox Core. I have gave a test run on the NextGen Launcher and it looks Ok for right now since its not meant for the whole player base.

So are you retiring?

Good Question. Give me 2 years and I will than be able to tell you.

Yes its been 4 months since I first join the Vanex.Online Minecraft Server and alot has changed within that time.

When I first joined the server the spawn was in mint condition with little to no spots on being griefed by players. The spawn was set in 200 block random radius (which was pretty bad even to today). My group had the brilliant idea on removing every possible resource within the spawn so new players are forced to join our clan (a slave clan sadly). In front of the temporary base AngelplaysMC had started a large farm where people would be able to get wheat to make bread.

The issue, AngelplaysMC had forced players to work for him by collecting resources and killing them. All of the resources went into the creation of the great Castle on top of a mountain over looking the farm. This lasted two weeks before one player decided to rebel against the clan. If first started with destroying the farm, after failing to do that, he went ahead to place down blocks by placing dirt by limiting progress on the Castle.

When the second attempt on slowing down the clan on building the Castle failed, his next move was to start killing each member of the clan to drain resources, this lead to the first ever revolution on the Vanex server.

The Third attempt (and the final attempt) the rebelled player invited his friend to help him on setting straw for disrupting on taking down the clan. The rebellion group had took the trip on climbing to the highest mountain (near spawn) and began building to the top of the world height. The two players went ahead and started pouring down lava buckets down the one block bridge right over the public (clan) farm. This ultimately destroyed the farm once for all and the clan along with the rebellion group had come to a truce.

DavidCarbon had put down a sign marking the day of the revolution going down in history. Later the next day two flags were placed down to the unnamed clan during this time, (the flag is now used by the same group now going by Hours). Unfortunately, players with hacks joined within two weeks since the incident which lead the sign and the flags being stolen along with the main mountain base being destroyed.

Fast forward four months later and the Castle still stands, but the area is completely changed with the spawn now slowly becoming 2b2t spawn style. DavidCarbon reported that he hardly recognized the spawn except the for the one area where the Castle foundation exists, also the tower that was dropped by lava still stands.

He says the following on the situation, “Today If I were to mess up big time (such as not sleeping in bed) the chances of making out of spawn is next to none since there is no resources left in the area.” – DavidCarbon

Below I have linked images from this period, but I can say for sure the server sure has went through alot but its history is barely being made now.

WhyIsItHard is a creative thinker who puts out his thoughts in a form of a video. The video represents his mind and his thought process.

Check out this video below and comment below on your thoughts. Also go check out this channel while your at it!

For those who were not there when DavidCarbon had released a updated profile picture back in January 2015 as an update along with Carbon Crew Productions first theme change. This began an era of Minecraft videos being made as well, since Carbon wanted to introduce other games to his YouTube Channel. Since than everyone has associated the logo to DavidCarbon, and hasn’t received any major changes since its release. 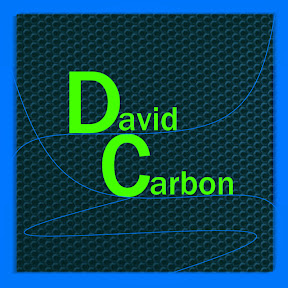 In 2017 DavidCarbon was asked on why he hasn’t updated the logo, since there was still possibilities to add-on. His response on this matter is the following statement.

The files for the logo was lost when My Windows 7 Machine had corrupted its OS. To make matters worse, I had enabled bit-locker, meaning you could not slap the drive into another computer and read the files. Basically the files were a lost cause.

On April 16, 2018 DavidCarbon had released a special remastered revision of the existing logo. While many still prefer the old one,  with some saying the revision was not necessary. However, Davidcarbon reported on how people do not like change even if its a minor one, like in this scenario. 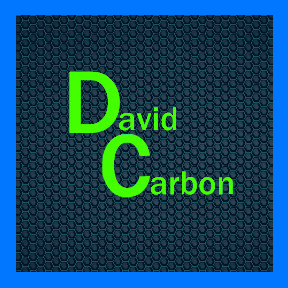 FUN FACT: DavidCarbon’s Accounts that use his old profile picture will not be changed, since those accounts were created before April 2018. From April 16, 2018 and onward this new profile picture goes live with the old one being deprecated.

UPDATE (4/25/18): DavidCarbon has commented on the differences between the images since their has been controversy on the images. The images are indeed similar when being placed side by side or at first glace, except when inspected closely they are different designs.

FACT: While both images have the same resolution, the new image can go up to 4k in quality (of course you have to ask Carbon to produce it, but has the files to do so), compared with the previous logo it was maxed out at 288×288 on all platforms.